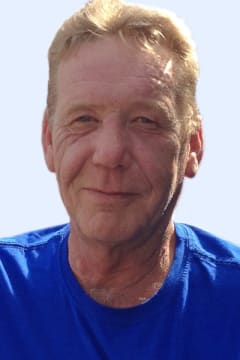 We are sad to announce the passing of Guy Solomon Klassen at 63 years old. He passed away peacefully as per his wishes, at his home in Surrey, BC on August 16, 2020, after a brief but courageous battle with cancer. He is predeceased by the love of his life of 28 years, Janet Nilssen, and his father, Solomon (Sam) Klassen.
He will be lovingly remembered by his mother Elsie Klassen, sisters Wanda Klassen-Roth (Robert) and Angela Willey (Dean), 7 nieces and nephews, 5 great-nieces and nephews, the brother he never had George (Stephanie) Flannery, and many special friends.
Guy was born December 11, 1956 in Swift Current, Saskatchewan. He moved to Vernon, BC in 1973 with his family, where he took up the trade of electrician for 40 years. Guy moved to the Surrey/White Rock area in 1984, where he met the love of his life a few years later. He and Janet lived life happily until her death in 2016, and retired shortly thereafter. Guy enjoyed life; spending time with family, playing golf, golf trips away, watching live and televised sports and enjoying his sports pools.
Due to COVID, the family is having a private function to bring he and Janet together again. They will be resting together at the Gardens of Gethsemani in Surrey, BC.

The family would like to thank Dr. Mukheibir at Fraser Health, Guy’s palliative nurses & care aids, and friends for the wonderful support given to his family during their stay in Surrey. In lieu of flowers, donations will be gratefully acknowledged to the BC Cancer Foundation: 150-686 West Broadway Vancouver, BC V5Z 1G1

CLICK HERE to watch the Memorial Video for Guy

Gardens of Gethsemani Cemetery
15694 32 Avenue
Surrey, BC
Get Directions »
by FHW Solutions

CLICK HERE to watch the Memorial Video for Guy

Guy was always the life of the party and an easy guy to like. I will always remember when two guys were trying to pick a fight with me in the parking lot at the Kimberley Bierfest. I thought I was toast when Guy strolled in and asked if there was a problem. They left in a hurry. Hope God has found you a nice golf course Guy
- Kevin Mitchell
Guy was a wonderful person. Kind and generous with a good sense of humor. He was my football pool partner. Although we never one a pool, we had a lot of fun together. It was an honour and a privilege to have known him. Will miss you buddy. Rest in Peace.
- Pierre
So Sorry Elsie and family on your loss. Our thoughts and prayers are with all of you.
- Tina Whiting
Hard to believe Guy has passed , far too soon , a personality that was "bigger than life" and certainly made every day count. Although I only knew him a few years , he will not be forgotten , a fun loving and caring man. Rest in peace Guy. Doug Schalin
- Doug Schalin